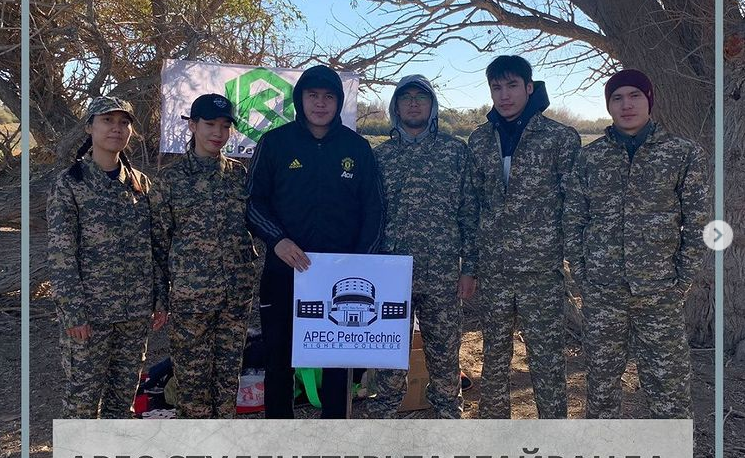 On October 8-9, in the Talgairan grove near Atyrau, the regional sports contest “Sports Orienteering and Tourism” was held among college students.

6 teams took part in the two-day competition and tested about 30 students.

APEC students successfully passed the two-stage competition and became the best. The first stage was called “Touring Equipment”, the second part was in the form of “Sports Orientation”.

Special mention should be made of Sultan Nurlanovich, a physical education teacher and team leader, who prepared students for the competition physically and psychologically.

We wish good luck to the team members who glorified the honor of the college in the upcoming competitions!