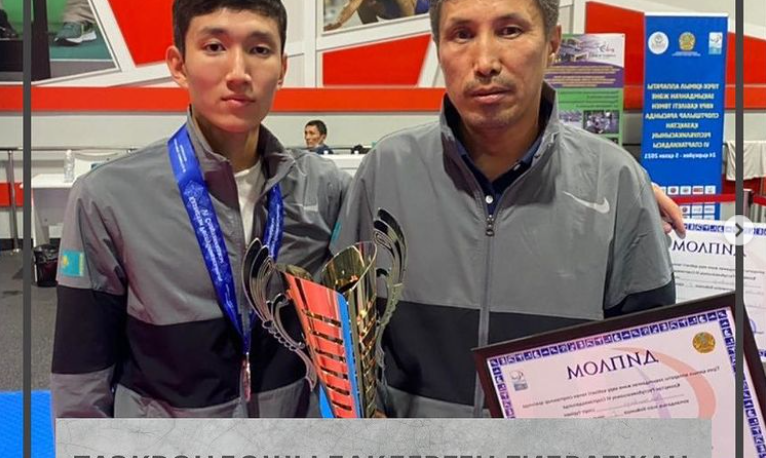 TAEKWONDO ATHLETES TOOK THE FIRST PLACE IN THE TEAM COMPETITION

On September 27, the capital hosted taekwondo competitions within the framework of the VI summer sports contest of paratroopers.

Бақ Bakbergen Gibratzhan, a student of the APEC Retrotechnical Higher College, also took part in the competition, which brought together the strongest from all over the country.

Having fought four fights in a row, Bakbergen defeated three opponents with a clear advantage. Among them was the Asian champion. And in the final match, he drew with an athlete from Almaty(11:11). However, the judges held the victory flag for a guy from the southern capital. Bakbergen Gibratzhan was one foot closer to the championship podium. In addition, Bakbergen’s silver medal is a gold medal.

Thus, the piggy bank of taekwondo athletes from Atyrau was replenished with 3 gold and 2 silver medals and took the first place in the group competition.

Congratulations on the victory of bakbergen Gibratzhan, the pride of the college.